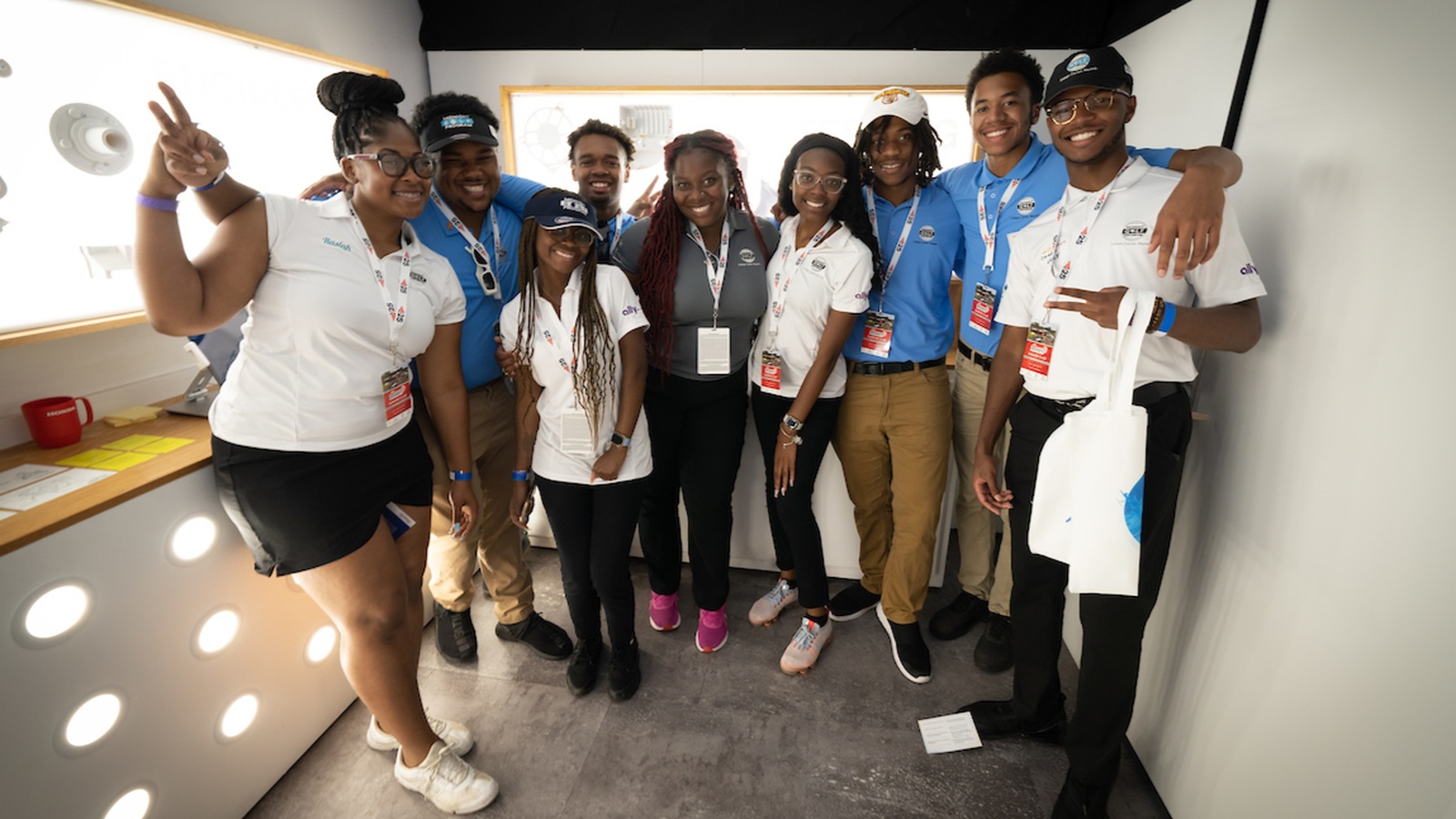 A record breaker. That’s the best way to describe the all-time high attendance rates, email subscriber numbers and other signs of surging interest in manufacturing careers brought about by the Creators Wanted Tour stop at the Dow Great Lakes Bay Invitational in Midland, Michigan, last week.

Family first: The nationwide tour, a joint initiative of the NAM and its workforce development and education partner, The Manufacturing Institute, marked its 10th stop July 13–16. This stop’s overarching theme: family, according to Dow Chairman and CEO and NAM Board Chair Jim Fitterling.

Shifting perceptions: One of the reasons that recent generations of parents haven’t encouraged their children to go into manufacturing? Misconceptions, explained Fitterling. But those are starting to change, he and other kickoff-event panelists said. 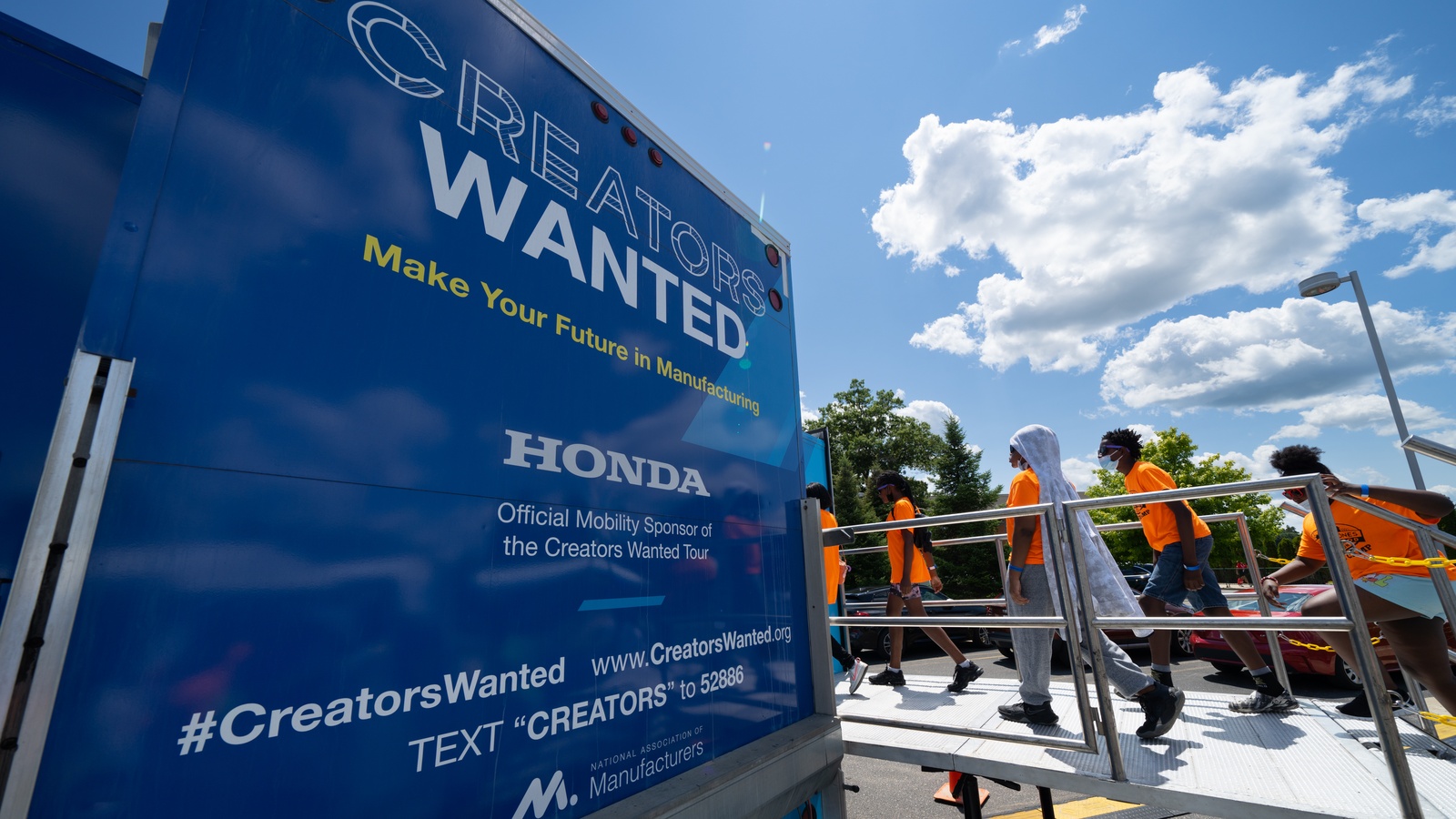 Just plain fun: For many of the attendees at last week’s Midland tour stop, “racing to the future” in the Creators Wanted immersive experience/high-tech escape rooms, meeting creators at Dow, getting career coaching tips from FactoryFix, learning about opportunities in Michigan with the Michigan Manufacturers Association and participating in all the other family-friendly events was as much about having a good time as considering a new career path. 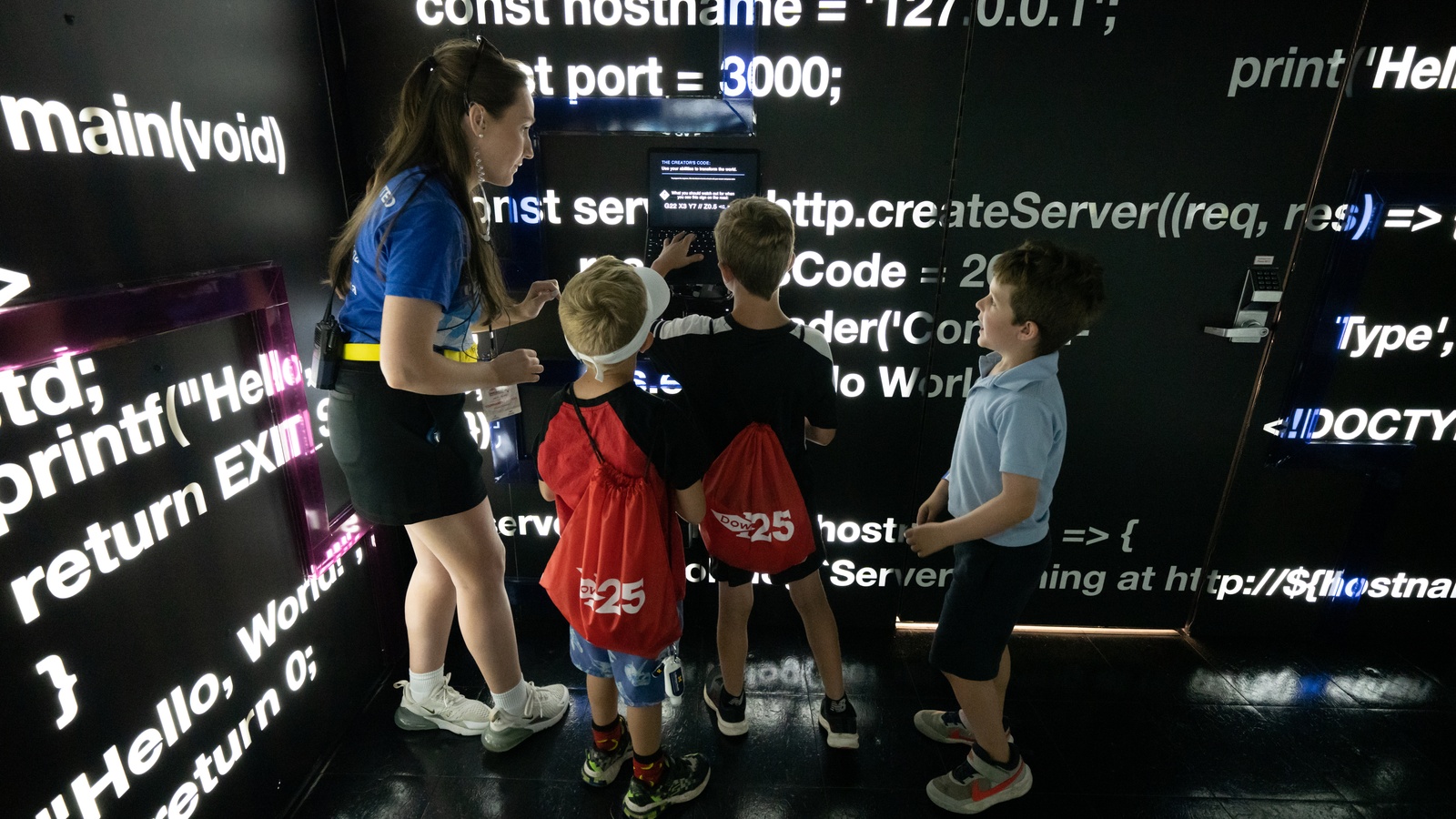 Women in manufacturing: Midland was also the site of an important announcement from Lee during a fireside chat with Dow Senior Vice President of Operations, Manufacturing and Engineering John Sampson: Dow will provide a $500,000 grant over four years to support the MI’s Women MAKE America’s 35×30 campaign. 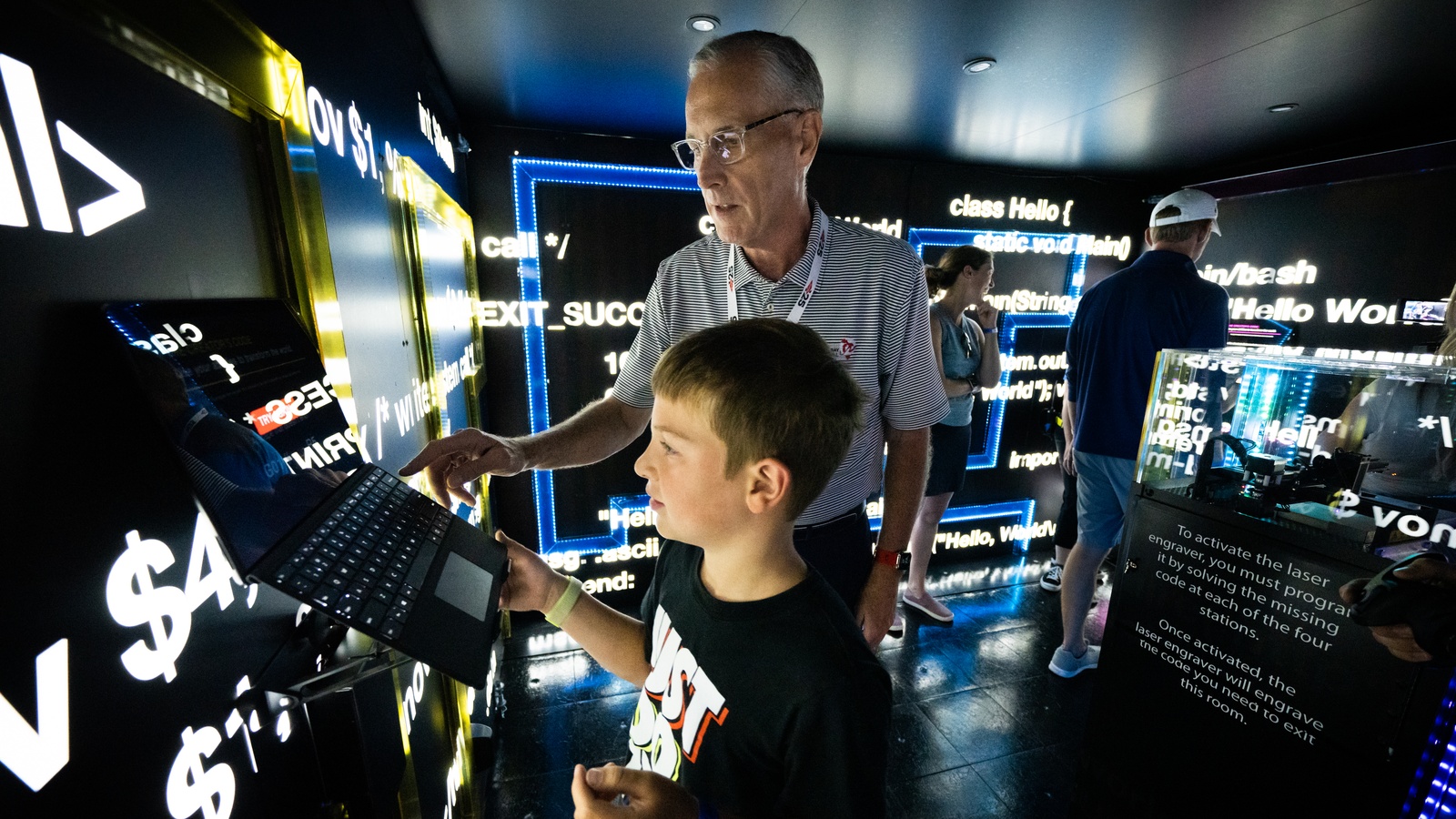 Just some of the mentions: Many media outlets covered the event, including the following:

The last word: The Creators Wanted mobile experience encapsulates what modern manufacturing is all about, said Michigan Attorney General Dana Nessel, who toured it along with Solicitor General Fadwa Hammoud. 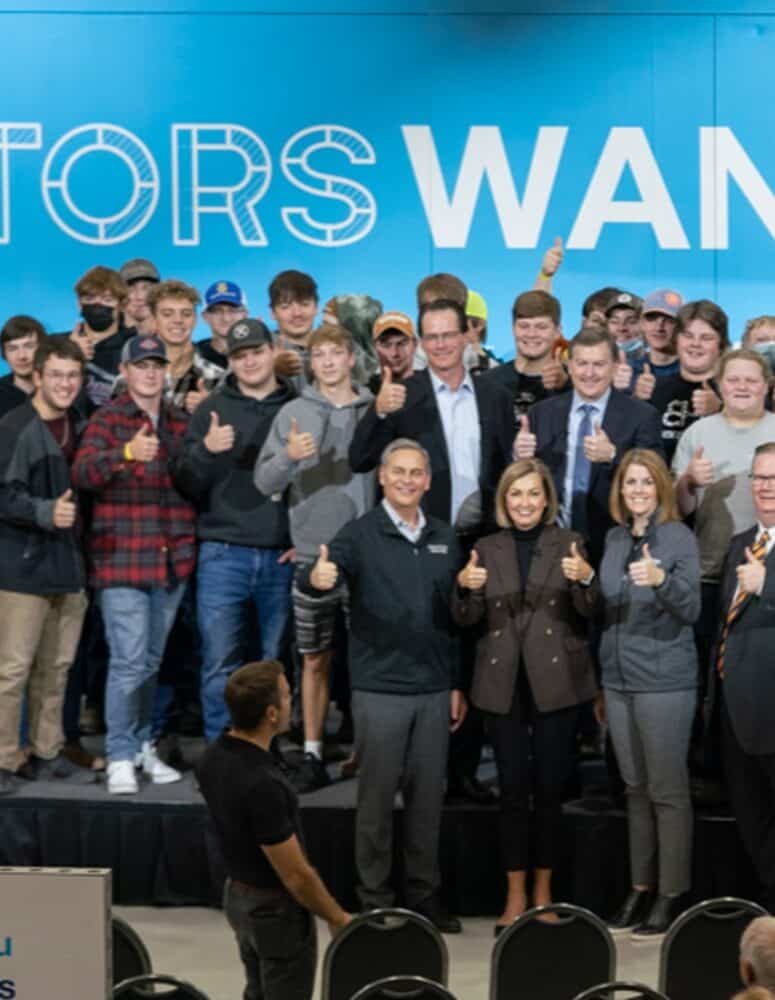 ‘A Heck of a Lot of Fun’: Creators Wanted Kicks Off Pella Stop 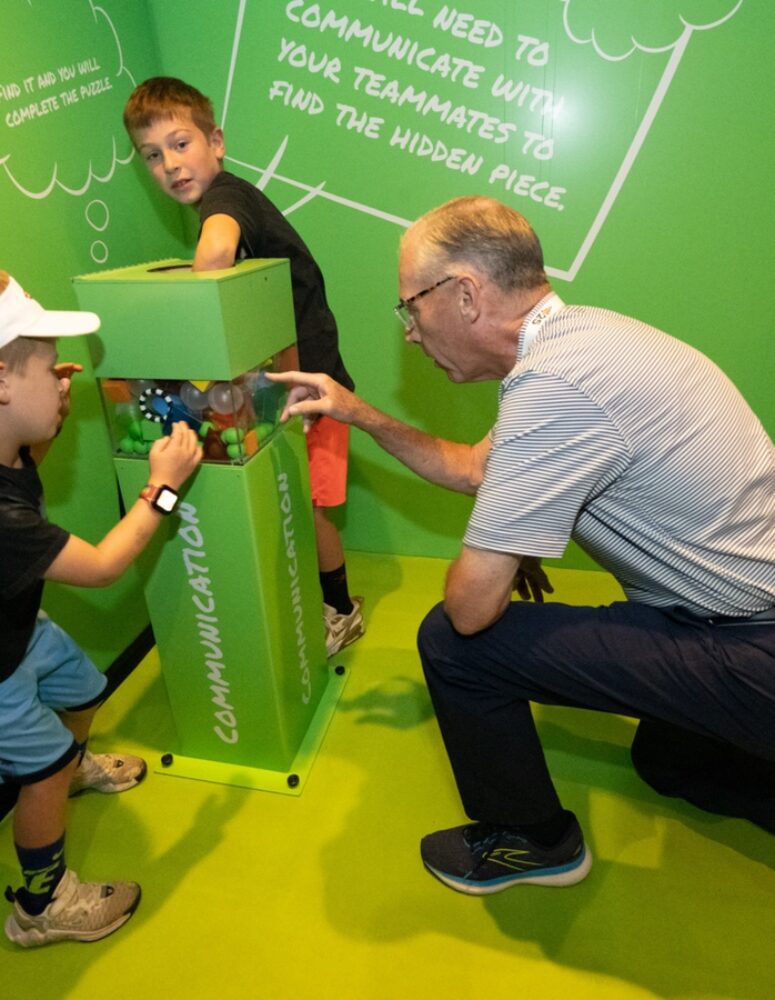 “It Is the Future”: Creators Wanted Arrives in Midland, Michigan
View More