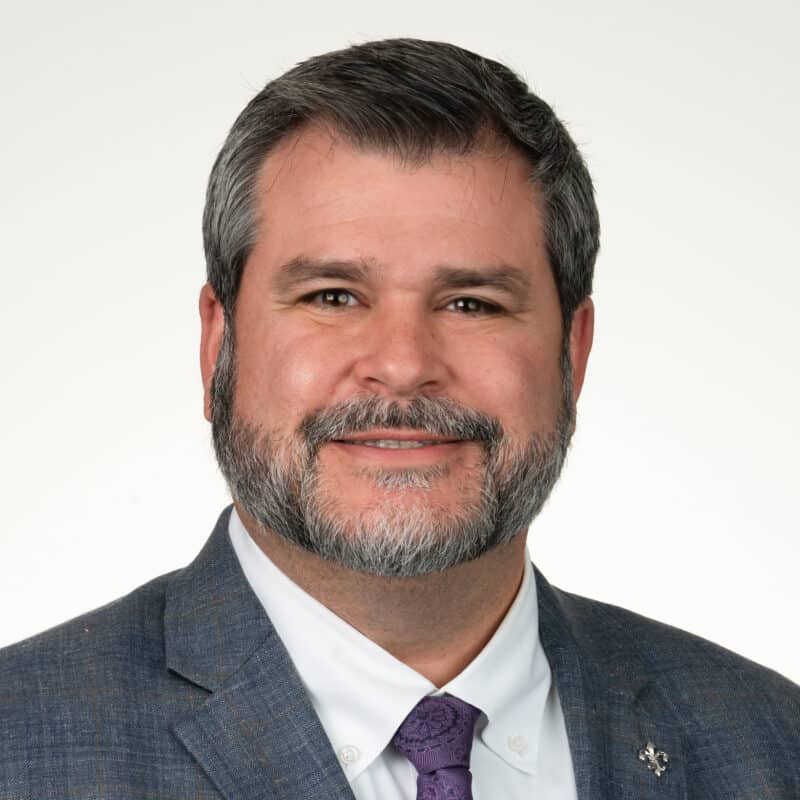 Tony Davis is the National Director, FAME USA, where he leads the Federation for Advanced Manufacturing Education network comprised of 32 training programs across twelve states supported by nearly 400 employers. The FAME team at The Manufacturing Institute provides ongoing support for FAME chapters around the nation and onboarding of new regions into active chapters. The team provides technical guidance and best practice leadership as well as relevant training through the FAME Academy and ensures academic and experiential fidelity to the tenets of The FAME Career Pathway.

Before joining The Manufacturing Institute, Tony led a local economic development organization in central Louisiana. In that role, he led various development initiatives with an emphasis on workforce solutions. He was instrumental in starting GeauxFAME, the first chapter of FAME USA created independently of the original Toyota initiative and served as administrator for the Chapter from its genesis in 2016 until his departure to the MI. Prior to that role, Tony served as President of the local Chamber of Commerce for eight years.

Tony was elected to two terms on the Louisiana Board of Elementary and Secondary Education (BESE) and served as Vice President of the 11-member board that sets policy for early childhood and K-12 education. He was also Chairman of the Administrative and Finance Committee for five years, a member of the Technology Task Force, and a member of the Early Childhood Advisory Task Force. He was a driving force behind the revamp of the JumpStart initiative (dubbed JumpStart 2.0) and a strong and vocal proponent of the importance of early childhood education initiatives.

Tony is a native of Natchitoches, Louisiana, and a graduate of Northwestern State University. He has served on several boards, including the board of directors for the Louisiana School for Math, Science, and the Arts (LSMSA), the Louisiana Association of Business and Industry (LABI), and the Louisiana Industrial Development Executives Association (LIDEA).

Tony and his wife reside in Fishers, Indiana with their son and daughter.

How Manufacturers Are Investing in Their Future Workforce

How Manufacturers Compete in the Labor Market

Manufacturing companies are increasing wages to stay competitive in attracting and retaining workers, according to a new study conducted by…

Pies, Games and Donations: How Pella Engages Employees on DE&I

Few C-suite job descriptions include being smeared with baked goods, but for Pella’s Joher Akolawala, getting a pie in the…

The Manufacturing Institute’s 10th annual STEP Ahead Awards took place in Washington, D.C., last week, honoring some of the most…

Manufacturing “Is the Place to Be”: Creators Wanted Wraps Up Freeport Stop

As job recruiters rush back to campuses and career fairs nationwide, the NAM and The Manufacturing Institute’s Creators Wanted Tour…

If you want to make a good living, help change the world for the better and have a good time doing…