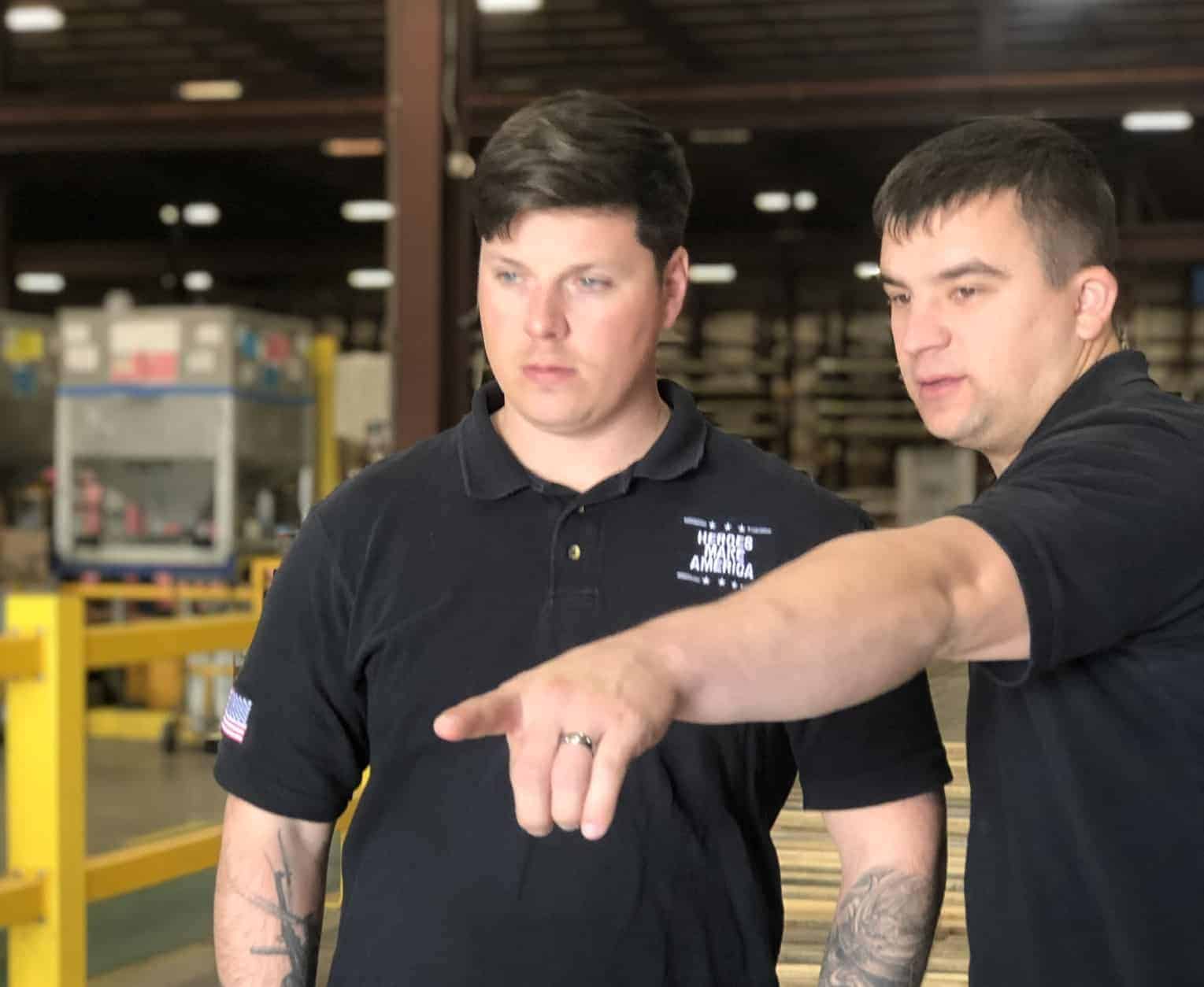 Jason Gustine has always enjoyed learning how things are made. As an area manager at the Goodyear Tire & Rubber Company in Topeka, Kansas, he taps into his lifelong interest while making use of the people skills and the processes he learned in the military.

“I was worried it would be a culture shock, and I wasn’t going to fit in,” said Gustine. “But going into a manufacturing facility, it fits exactly with the military mindset. That was the biggest surprise—how easy that transition was.”

Military service runs in Gustine’s family. His father is a former helicopter pilot who served in Vietnam, and Gustine was determined to follow in his father’s footsteps. He joined the U.S. Army in January 2008 and served 11 years in the military—as a mechanic, a Blackhawk crew chief, a standardization instructor and eventually a leader in quality control, making sure helicopters were safe to fly.

When he was beginning the transition out of military service, Gustine joined up with the Manufacturing Institute’s Heroes MAKE America program, which aims to connect manufacturers with highly qualified candidates and offer transitioning service members manufacturing-related training and support, creating a pipeline between the military and manufacturing. Through the program in Fort Riley, Kansas, he realized that manufacturing was a perfect next step for him.

“It fit into my wheelhouse,” he said. “A lot of it was maintenance and mechanics, which I’d been doing my whole life. Making sure that the product they’re sending out is the right quality. And every Friday, we would go tour a different facility. That’s what opened my eyes to what manufacturing had to offer.”

He credits the Heroes MAKE America program with helping to smooth the transition out of the military.

“Getting out of the military is a very stressful time,” he said. “I had all these skills—I had worked on helicopters for 10 years—but I didn’t really know how that was going to transition to the civilian world.”

Gustine has been impressed with the way manufacturing has integrated high-tech processes into daily operations without lessening the need for skilled employees, and the industry continues to emphasize the need for new workers.

“People have this idea that it’s all automated now, which is not true at all,” he said. “As manufacturing goes more autonomous, there are more skilled positions available.”

Gustine is enthusiastic about what manufacturing has to offer and encourages other service members to consider the wide range of available roles.

“The manufacturing field is so big—you can do everything from making tires in Topeka to building cars in Ohio,” Gustine said. “Whatever you want to do, you can find your niche or find your spot. It opened my eyes to how much manufacturing there is in the United States. Find out where you want to go, and the sky is the limit in manufacturing.”