Last week was a milestone for the Creators Wanted Tour—it marked the first time the nationwide initiative returned to a community and got to see how perceptions of manufacturing had changed since its first visit.

Welcome back: The Creators Wanted Tour, a joint venture of the NAM and its workforce development and education partner, The Manufacturing Institute, returned to host and champion sponsor Nephron Pharmaceuticals Corporation in West Columbia, South Carolina, in the 11th stop of the roadshow, which took place Oct. 4–7.

Ready for the “boom”: “There is a manufacturing boom taking place all over the country,” Majority Whip Clyburn said. “We’ve got to focus on getting these young people prepared” for manufacturing careers.

More career guidance: Students seeking tailored advice about their professional futures got it from representatives of FactoryFix, official recruiting partner of Creators Wanted, who were on hand to meet and coach job seekers.

Calling all veterans: Modern manufacturing is also a natural fit for those who have been in the military, speakers told the audience during another panel discussion.

The reach: The South Columbia 2022 tour stop, made possible by additional support from Dow, Honda and Nephron Pharmaceuticals, was a record breaker.

The last word: The tour stop may have been best summarized by one young student who attended the events. “Creators Wanted,” she said, “is a helping hand.” 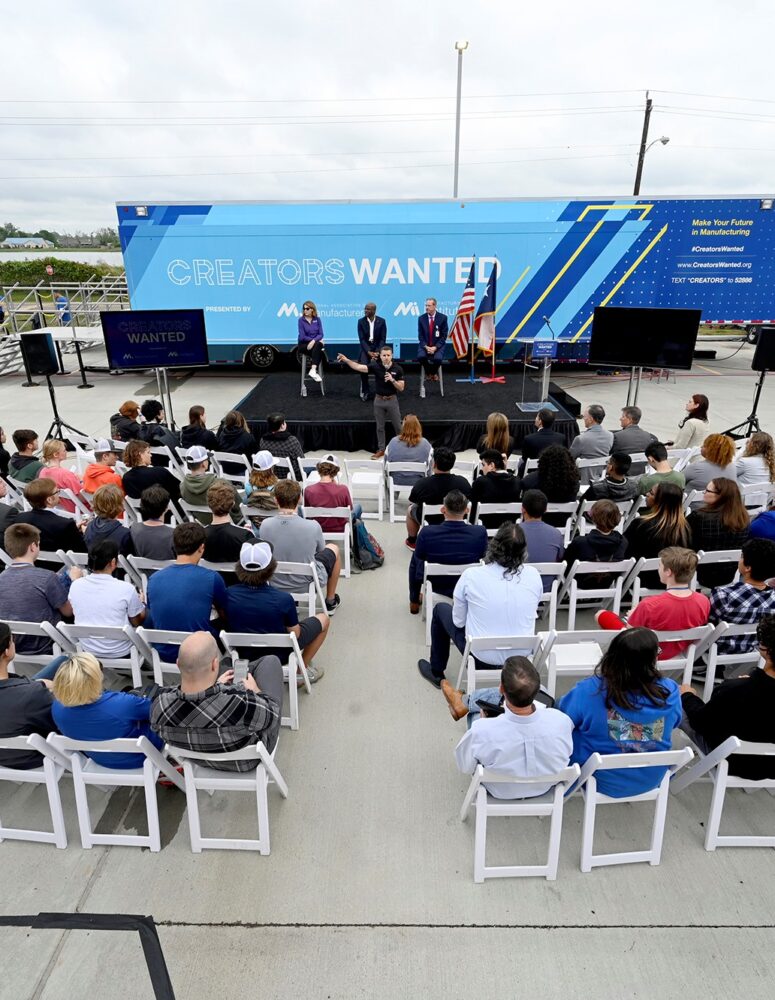